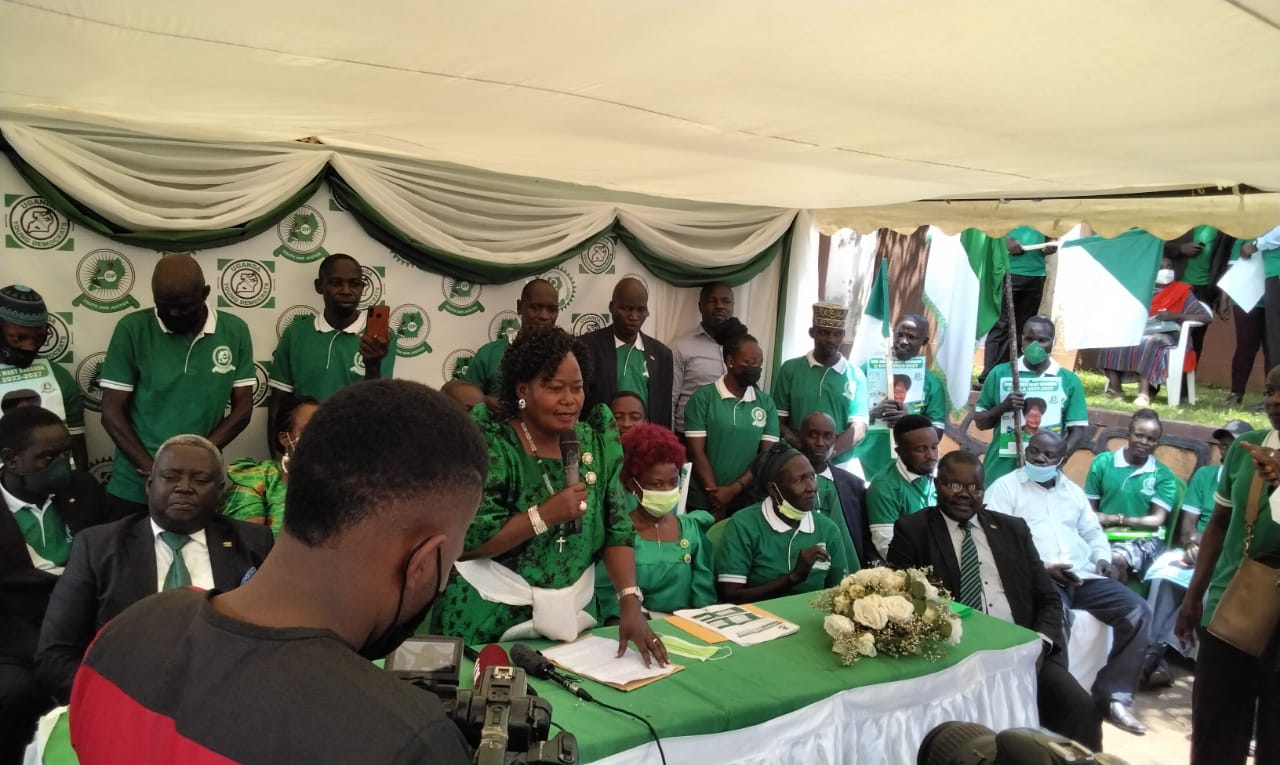 Democratic Party has started on the two days nomination process aimed at identifying the Party’s flag bearer for EALA representative elections scheduled for April next year in the Parliament of Uganda.

The candidates have emphasized furthering the East African integration through good representation, they both vowed to use the EALA seat for the rejuvenation of DP and the country as a whole. Hon Babirye Kabanda emphasized that her campaign is anchored on the opulence of experience in leadership and international relations.

Hon. Namusana Faith Akiteng stated that her campaign is anchored on her international relations experience, the youthful lawyer who acts as a legal advisor for many international companies that carry out mineral trade promised to use the seat to develop the youth in the country and also fetch billions of money into the country’s economy.