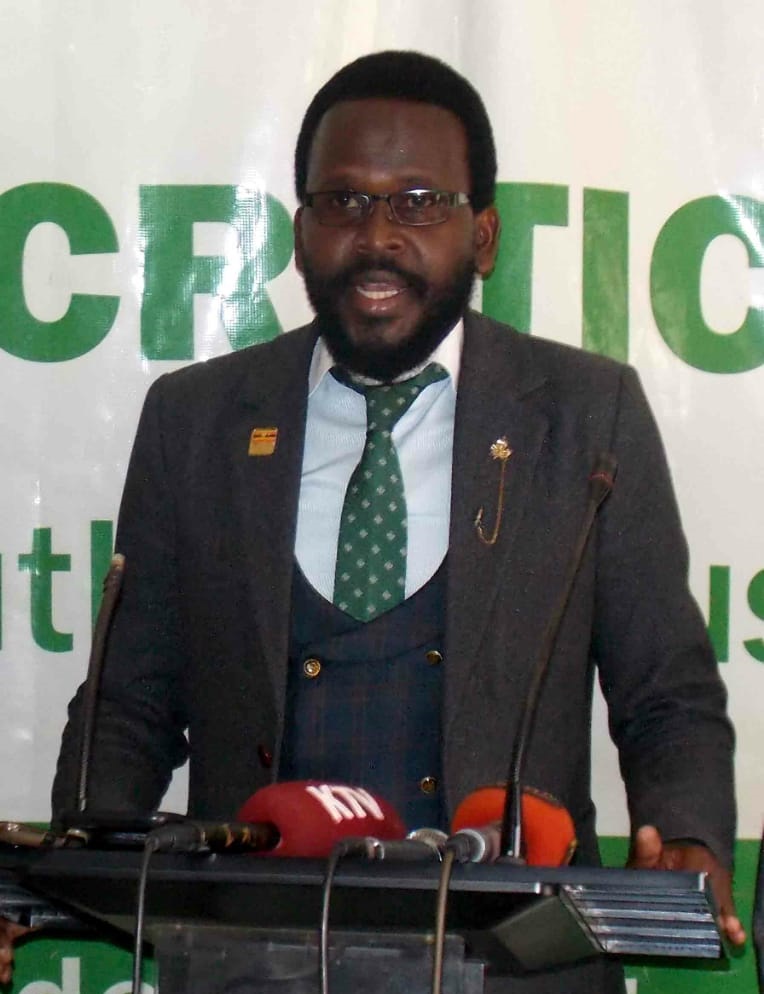 The Democratic Party holds a vision to have a Uganda where dignity of all persons irrespective of their tribes, sex, religion, political inclinations, professions and any such other orientations is respected, this involves giving respect to fundamental human rights and freedoms of people.

Respecting fundamental human rights and freedoms of individuals as being one of such pillars that make a peaceful society, we cannot fail to condemn the conduct of those that elect to violate the rights of others, as such, we wish to pronounce ourselves on the incessant violation of human rights and freedoms by the state which has always broken down human dignity contrary to the provisions in Chapter 4 of our constitution.

Unfortunately, instead of the state upholding such rights they have determined to reduce Ugandans to mere chattels, the state mistakenly think that the people can be coerced into a particular direction in matters political, we totally disagree! Ugandans are beyond the level of being held as slaves to the privileged few in government, the Democratic Party vehemently rejects that line of thought and indeed we continue to commit ourselves as a Party that fight for the rights and equal treatment of every Ugandan.

Important to note is that because those that preside over this country are utterly unpopular before the citizenry, the state is in panic, that is why it does wrongfully deploy security apparatuses to arrest and detain Ugandans in communicado, maim them, torture them, kill a number of them on grounds that they are anti government which is in the opinion of the state tantamount to enmity against them; indeed media men and women have relayed such incidences to the world thus siding with the people as a result the state gets infuriated.

We do therefore commiserate with the men and women of valor, the journalists, our only humble appeal to you is that through your umbrella body, boycott giving coverage to the government until your safety is guaranteed, we strongly believe that this shall send a strong message of dissatisfaction to the powers that be.

Boycott their functions, why should you continue covering such people? They don’t respect your job in return don’t offer them your services. It is not even enough for the CDF to apologise and grandstand by selectively feigning to punish junior army officers who were executing orders from their seniors who until now have not yet been punished, please just disregard that apology which in all terms we do strongly believe as the Democratic Party to be a mockery to the whims of justice in this country. It is not the first time and neither is it going to be the last time that Ugandans are manhandled, expect more and perhaps more apologies, since it is now the new norm, beat then apologise.

We cannot continue to live like this in our own country, as such the Democratic Party is prepared to lead the mobilisation of citizens against this vice

DP NEC TO SIT
The Democratic Party through her Management Committee has set March, 25 ‐28 of 2021 as being the dates for the first seating of the National Executive Committee where campaign evaluation report shall be discussed but also capturing the way forward in regard to building a robust Democratic Party, we shall also discuss any other such matters arising from the administration of the party.

The Democratic Party is concerned with the immanent disintegration of the change seeking forces which without doubt has made politics unattractive to many Ugandans, we therefore wish to invite all leaders including religious leaders, cultural leaders, senior citizens and political leaders to come forward and offer leadership in liberating our country from the NRM establishment.

Suffice to note is that, a number of leaders both political and apolitical have chosen to keep silent when our politics is being turned into an arena of tragicomedy, some of us have indeed become accomplices in vulgerizing the politics of our land to mean melodrama.

Now is the time to rise up and give our country a sense of direction, it is time to guide Ugandans on conversations that shall see ourselves leaping forward toward liberation, in asmuch as we understand the quest for change that Ugandans have, we should never at any moment allow to swim in the waters of unseriousness, we should indeed upgrade our conversations to liberation talks.

We promised Ugandans that we shall be in State House before this year ends, but hitherto, there is not even a semblance of the road leading us there that is within our view, we need to guide Ugandans find that road.

We cannot however find the said road when Ugandans are guided to find comfort in discussing, “ensiko”, “emmeri” and now “eya bullet proof” What sort of liberation can come from such jocular talks?! Liberation talks should begin.The NRM establishment shall not fall without a plan, is there a plan? That is why a coalition of the change seeking forces was necessary before elections to draft a comprehensive plan of joint activities pre, during and post elections.

Unfortunately, selfish tendencies of those that thought could do it alone failed the good efforts to unite, now here we are staggering in a manner so haphazard.

That said, the good news is that, it is still possible to drop our egocentrism and unite as change seekers to reclaim the future of our country.

No person or group of persons can do it alone, I repeat no person shall do it alone.