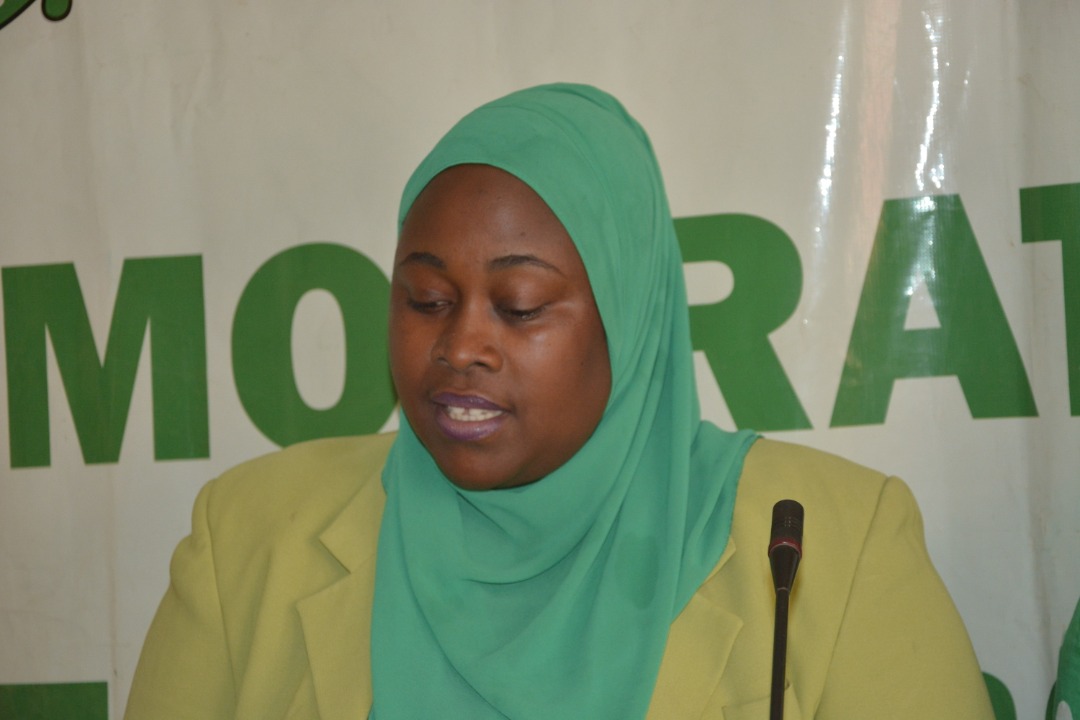 It’s from that point of view that the women of the Democratic Party calls for the amendment of that law to allow representation for five years as is the case with other elective positions. There is no reason why women who contest as other special interest groups and village chairpersons are subjected to a four years term while their counter parts in other elective positions serve for five years.

This law is a test to all members of parliament as such we call upon their omnibus intervention without putting it out to only women parliamentarians.

We do put to task all parliamenterians including male members because women form majority part of the constituents therefore you ought to reward them by amending this discriminating law.

Even when members of parliament become reluctant to push for that amendment immediately, the women of the Democratic Party are prepared to lead the women of Uganda for a massive demonstration but also analysing the possibility of institution of a suit in court of law to coerce government to amend this discriminatory provisions of the law.
Therefore, the Democratic Party Women’s League demands that,
i.The electoral commission withdraws the issued out roadmap for election of Women leaders as the same in illegal as per the constitution.
ii.The speaker of parliament calls for an extra ordinary seating to ensure that the amendment process of s.24 (2)1 begins.
That said, I should state again that the Women’s league of Democratic Party is prepared to encounter the government by law and or otherwise.

DP Women’s League To Celebrate Victory Of The Chaiperson Of Speakers In Abim District Hon. Akongo Josephine. Democratic party Women’s League, we are happy to inform all the democrats about our road map for the months of February up to May.

All our activities are meant to rejuvenate the morale of our members and a kick start the process of our women candidate identification in preparation for 2026 election.

For God and My Country