KAYUNGA AND THE POLITICS OF MAFIAS – By Waddimba Anthony 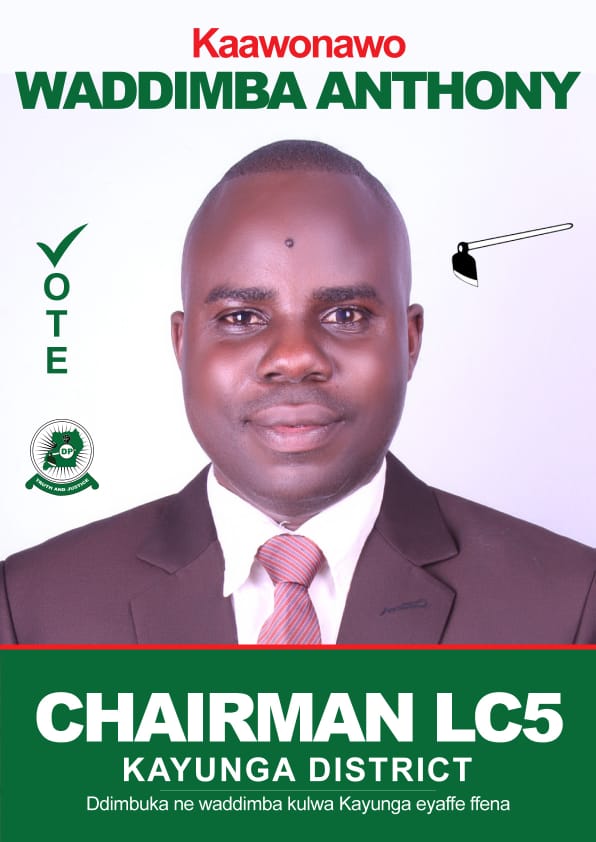 Last Friday on 29th October 2021, the Kayunga DP executive endorsed me as its flag bearer for the forthcoming LCV bye-elections, awaiting a decision of the National Executive committee. When I first contested in 2016 for MP Ntenjeru South, my mother warned me that I was treading in dangerous waters. Of course, she had served on NRM committees since the return to multi-party politics and I ought to have heeded her advice. I told her to come what may. After I was fully nominated, I had always admired and embraced Hon Aidah Nantabas fearless land fights, so I thought I would do the same to assert the land rights of my people. That made the basis of my campaign and I would freely promise to deal with the land cartel once elected to parliament. That could have been the start of my troubles. A day before President Museveni came to Kayunga for his campaigns, one of my rallies had been scheduled at Bukeeka C/U my home ground.

The trouble was, that same field is where the president’s helicopter chose to land on the same day! He was supposed to be in Kayunga and the presidential campaigns had not been harmonized with the MPs’. I received anonymous calls warning me to change the campaign venue, but I told them that was a field approved by the EC for my campaigns on the said day. Moreover, I had got an opportunity to tell the president about untouchables in the district who are making the poor suffer on their land if his jet lands when my rally is going on. I was warned never to step at the field with my “bogus” land talk. Since childhood, I used to wake up at night for short calls because there had never been any security incident. This time I was unlucky. I was grabbed, chloroformed and whisked away in just a blink of an eye.

The rest is history. Mafias are so merciless. They called my father and informed him that I had been killed and my body dumped in the River Nile. My father told my younger brother to get out a mat and bedsheets to rush to the river and pick my body. As he was moving out, he bumped into my mother who asked him where he was taking the mat. He said he was going to the river shores to pick my body. My mother passed out. Since then, she developed uncurable illnesses and her life will never be the same. When I was finally dumped at Kayunga police station after days of captivity (with a strong warning never to engage in “reckless” land talks) I vowed to quit Kayunga politics for the sake of my family until sanity returns to this country. Of course, my DP family did a wonderful job demanding my release.

In 2021 I never contested but supported my elder colleague the late Sserubogo. His gruesome murder and police reluctance to secure and conclusively investigate the crime scene left me puzzled. My grandparents migrated to Kayunga from Ssingo during the Buganda expansionist wars and had to shed blood to settle there. I have no other place to call home. I resolved to go back to the race and assert our native rights, or else we shall all perish like fools! Apart from my family, everybody else is surprised by my courage to face the mafias again, having tested death in 2016. They now call me Kawonawo. My colleague Serubogo who after winning launched an offensive against land grabbers was not as lucky as I was, for he was heartlessly murdered in cold blood and we shall never know much about his death. Maybe, I was supposed to die before him but God gave me a second chance to live. This time, I’m even more than resolved to face the untouchables. I know they can kill me, but they can’t kill all of us until we make Kayunga a dangerous zone for “mafialism” to thrive. Next time, I will tell you about the endless list of challenges that residents in Kayunga are faced with, the basis on which I chose to contest for the district chairmanship.

Today, I dealt with the most pressing issue of land grabbing and wanted fellow democrats to know the kind of environment we are set to campaign from. Thank you