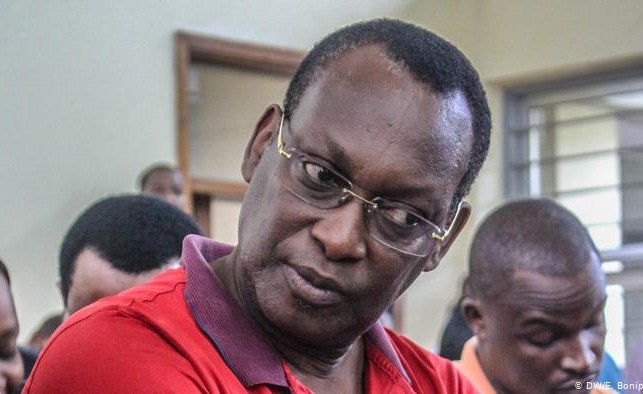 Tanzania’s main opposition party, the Party for Democracy and Progress, also known as Chadema, says police have detained their leader Freeman Mbowe.  Mbowe was arrested before he was scheduled to speak at a conference to announce demands for constitutional reforms.

The statement from Chadema’s Communication Director John Mrema, shared on Twitter, says Freeman Mbowe and 10 other Chadema members were rounded up at night in Tanzania’s northwestern port city of Mwanza.

“The party condemns the repression of the rights of Tanzanians with the strongest force. These are signs that the dictatorship that existed during the rule of President John Magufuli continues,” the statement said.

Mbowe was approached by an army of police officers in his hotel when he arrived at 2:30 a.m. Wednesday and was arrested together with other leaders of the party, according to local reports.

While other Chadema members were taken to the Mwanza police station, there has been no information about Mbowe’s whereabouts so far.

“We want the police to come out and say where the chairman is and why he was arrested,” the opposition party statement said.

The deputy chairperson of Chadema, Tundu Lissu, pleaded for action in support of the country’s civil society.

“Calling for political reforms is no breach of any law,” he said. Lissu said that he urges “Tanzania’s dev’t [development] partners to stop subsidizing the CCM [Chama Cha Mapinduzi] dictatorship & to support democracy,” in a Twitter post Wednesday.

On Monday, Mbowe said the party would not leave the city until the new constitution conference takes place, telling the government if it intends to prevent them from organizing the conference they should enhance their skills to fight the people