Waves don’t change a leader. They only reveal who a leader actually is-The President General guides. 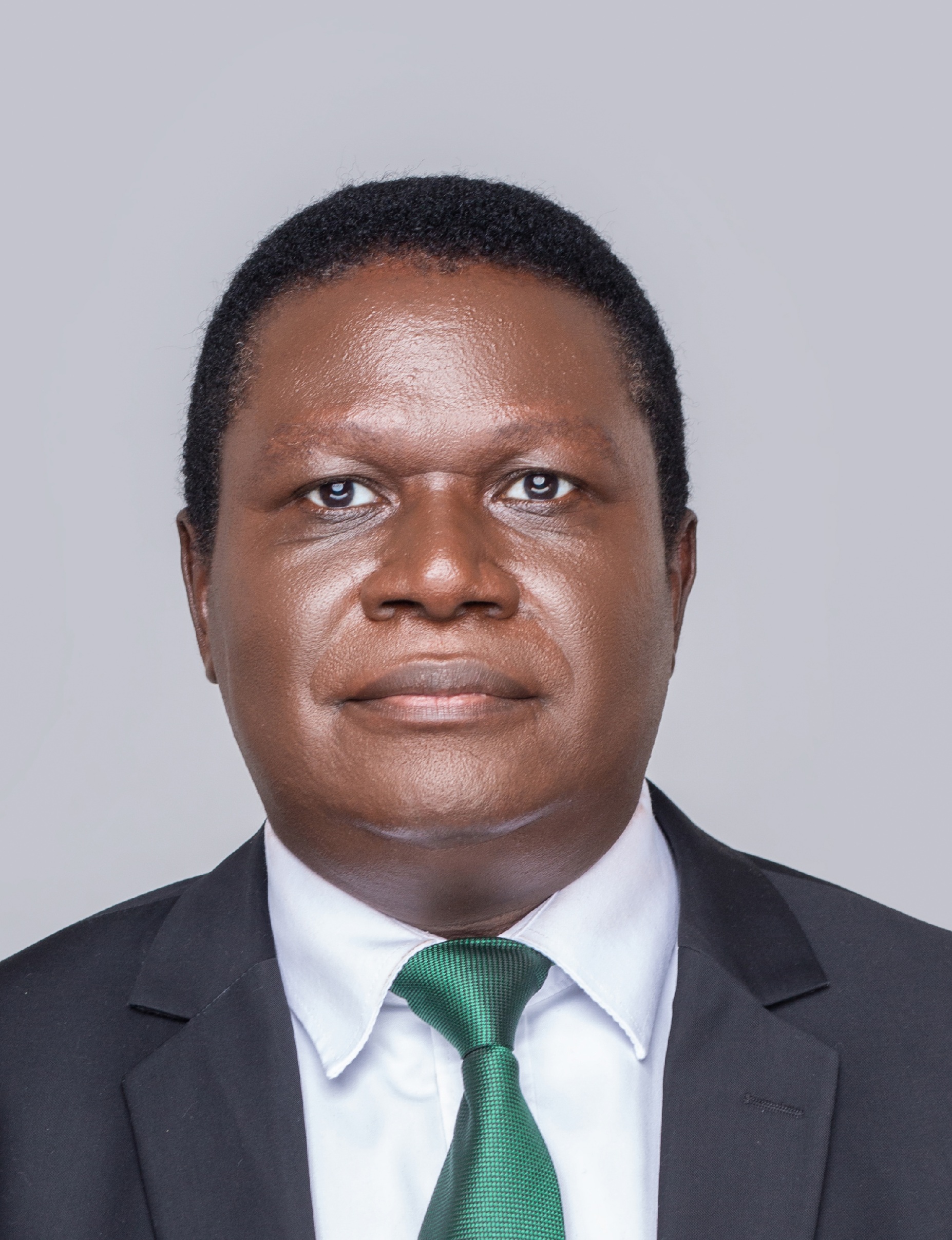 Let your hearts not be troubled. The emotions associated with campaigns can go overboard. Nevertheless, I call for restraint.
Whatever processes we go through in our Party is a test of our maturity as a party, as leaders and as individual members.

DP is famed as THE PARTY OF IDEAS. Let’s live up to that ideal. As members of the same political family let’s learn how to disagree without being disagreeable. Let’s learn to attack the ideas of those we disagree with not their persons or their ethnicity or religious beliefs.

It is the duty of Admins to moderate the debate. And when a member violates the rules of civility the Admins have to warn him or her while stating clearly the nature of the violation. When the warning is not heeded, then the member may be suspended for a definite period or if the violation is grave the member may be permanently barred from the group.

I also urge members not to infect this official group with audios and videos that they simply forward without a caption. Those who post photos, videos or posts from other groups or whatever sources have a duty to caption them. It is the duty of the Admins to demand that.

Coming now to the manner in which the candidates are campaigning, I want members to know that all the three nominated candidates are our former parliamentary candidates. They were successfully vetted. They all have supporters in the NEC. Otherwise, they wouldn’t have been nominated. The nomination required the endorsement of at least three members.

The candidates also have non-NEC members who are actively promoting them. They do that by stating the positive attributes of their preferred candidates and also by stating reasons why they think another candidate shouldn’t be elected by NEC. On occasion, we get to hear promoters who denigrate the character of the candidates they don’t support.

Despite all the drama and excitement, we should trust the NEC to determine who our candidate shall be. The fact that NEC members have different preferences is not a cause for alarm. In a mature organization, we argue in order to agree. The arguments are ongoing in the campaigns. The agreement will be the outcome of the vote by NEC members. All NEC members should be mature enough to accept that their preferred candidate may not be the preferred candidate of others including their close friends. Disagreeing is not the same as division.

In the previous NEC, after Mbale, the NEC debated a motion on whether the members who defiantly convened a meeting of UYD at Ssebo Green in 2013 should be subjected to disciplinary procedures. When the matter was put to a vote I voted for the motion but key leaders like Matia Nsubuga, Kikungwe, JB Kawanga, Muhammad Kezaala and others voted against the motion. The motion was carried by only one vote! But that did not mean that I was now in conflict with my colleagues on account of a difference of opinion. Kikungwe, Nsubuga and I continued to be the “rope of three strands” (omugozi bunyabutatu – in Kinyarwanda) that held the party together.

To those who lose sleep over attacks in WhatsApp groups and other social media, I want to assure you that I’m the most attacked person. Those who attack you can only thrive in darkness. When you shine a bright light on their lies, they, like cockroaches that thrive in the dark, will scamper for safety. So I urge members to persist in shining the bright light of truth where others are spreading lies in the dark. I single out Owek Christine Mugerwa and Maxensia Takirambule for excelling as dispellers of darkness. You’re our GURUS! In Hindi Guru means dispeller of darkness. It comes from two words GU and RU. GU means to dispel. RU means darkness. Other leaders should do the same.

The other thing to do is to engage one on one with those whose obsession with negativity goes overboard. I have occasionally had lengthy phone chats with certain people on our WhatsApp groups and engaged them on their beliefs, views and even biases. After our conversations, I usually notice a change for the better. Sometimes members express frustration because they feel that their voices are being ignored. In reality, some of the extreme views being expressed on our WhatsApp groups are actually cries for help or attention.

But we can also not ignore the fact that following the turmoil in the party over the years, some people continue to vow to destroy the cohesion at the heart of our party’s leadership. Some of those who wanted to disorganize the party’s internal processes were surprised by our resilience. They even attempted violence. Members recall the attack on a NEC meeting on 14th February 2020 by a hired mob that came to Balintuma Road singing “Twagala Bobi si Mao”! (We want Bobi, not Mao!). Yet they claimed that they were DP!

Of course, this was but a symptom of a problem in our party – a conflict of loyalties among our members between “Omwana waffe” and “ekibiina kyaffe!” (“Our son”versus “our party”! This would have made better sense if the “omwana waffe” was a party member!

But this is not the first time it has happened. In 1984 the late Tiberio Okeny challenged Dr Ssemogerere for the party leadership claiming that he would be in the best position to deal with the army. The delegates stuck with Dr Ssemogerere. Tiberio then broke away and formed the Nationalist Liberal Party. The centre of gravity of that party was in Acholi. The key leaders were Acholi. But enlightened leaders from Acholi like Zachary Olum refused to join Tiberio. They stood up in Acholi to explain that Ssemogerere was the legitimate leader of DP. Unfortunately, there were no elections in 1985 as scheduled because of the Tito Okello coup! The rest as they say is history.

This history is important because in 2010 when I was elected President of DP a group known as Buganda Ssuubi 2011 was formed to fight my leadership and the new NEC elected in Mbale. Another group led by Lubega Mukaaku simply created a parallel leadership by handpicking leaders. Again, like Zachary Olum in 1984, enlightened DP leaders and true believers from Buganda like Mathias Nsubuga, Issa Kikungwe, Maxensia Takirambule, and JB Kawanga and others stood with the new leadership. At that time leaders like Kidandala, Kakande, Nabukenya, Namayanja and Mayanja were still progressive. But by 2013 their true colours had started manifesting. It is no surprise therefore that the so-called waves have helped to expose the true characters of our leaders. Waves don’t change a leader. They only reveal who a leader actually is.

That also has to be said of the current internal process of electing the DP candidate for EALA. It will reveal the true characters of our leaders, members and supporters.

People don’t have the same mettle. Some have weak spines and can succumb to cheap lies. Others can be swayed by financial or other inducements. By the time the process is over, we shall know who is who. The pressures and stresses of this process will reveal who we truly are as a party.

In Mbale, my faith in DP was strengthened. Members braved hunger, bad weather and all forms of hardships to ensure that the party has a future. Otherwise, they would have succumbed to the moneybags of Seya.

As we regroup after a gruelling battle for the soul of the Democratic Party, our focus should be on raising the next generation of leaders. This task is made difficult by those who left DP either physically or spiritually but who continue to undermine the party and its leadership.

Some of our members were in the same ship with us. They wanted to take the helm. When their plot was foiled, they set fire to the ship, poked holes underneath the ship and then fled in their chosen lifeboats. They expected the ship to sink. But by the Grace of God, the ship didn’t sink. From the safety of their lifeboats they look back and see that the ship is not burnt and is still afloat and moving. They see the Captain they hate so much still firmly and steadily steering the ship urging the remnants on board to SAIL ON! This is the source of their anger. And they express it in many ways.

Like I said after the massive defections “the defectors took the crops but we remained with the seeds”! We shall plant new crops and renew our party.

But that doesn’t mean we don’t have “sleeper cells” inside our party. These sleeper cells have to be monitored and watched so that they don’t develop the capacity to disrupt our voyage. Most of the negativity and unwarranted attacks on leaders (as opposed to legitimate criticism) on our WhatsApp groups are symptoms of the operations of the sleeper cells and their collaborators outside DP.

These negative elements are very good. They serve us well because without them we cannot monitor the activities of their sponsors. The day they go mute we should be very worried. They help us to stay alert.

Which reminds me of The Japanese Fish & Shark Story:

The Japanese have always loved fresh fish.
But the water close to Japan has not held many fish for decades.
So to feed the Japanese population, fishing boats got bigger and went farther than ever.
The further the fishermen went, the longer it took to bring the fish.
If the return trip took more time, the fish were not fresh.
To solve this problem, fish companies installed freezers on their boats.
They would catch the fish and freeze them at sea.
Freezers allowed the boats to go farther and stay longer.
However, the Japanese could taste the difference between fresh and frozen fish and they did not like the taste of frozen fish
The frozen fish brought a lower price.
So, fishing companies installed fish tanks.
They would catch the fish and stuff them in the tanks, fin to fin.
After a little thrashing around, they were tired, dull, and lost their fresh-fish taste.
The fishing industry faced an impending crisis!
But today, they get fresh-tasting fish to Japan.
How did they manage…?
To keep the fish tasting fresh, the Japanese fishing companies still put the fish in the tanks but with a small shark.
The fish are challenged and hence are constantly on the move.
The challenge they face keeps them alive and fresh!
Have you realized that some of us are also living in a pond but most of the time tired and dull….?
Basically in our lives, sharks are new challenges to keep us active.
If you are steadily conquering challenges, you are happy.
Your challenges keep you energized.
Don’t create Success and revel in it in a state of inertia.

I thank the sharks in our tank. Without them, we wouldn’t be focused and successful. God bless you Sharkies!