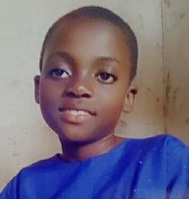 Those who were on the DP Presidential Campaign Trail in the 2011 elections in Jinja and most of Busoga must have noticed a man with a determined face riding ahead of the convoy. Covered with dust but still smiling he would instead be a source of encouragement for the rest of the campaign team. He hardly complained. He rode his motorcycle and even fueled it. He catered for his needs like food and accommodation on the trail. That man was Peter Nseko. He Wasajja true DP stalwart acting out of conviction. He was an example to at Democrats that no price is too high to pay for Truth and Justice.

On 30th July, 2019 the DP President General of DP, Hon. Norbert Mao visited Mzee Nseko Peter at his home in Bufula village, Budondo Subcounty in Jinja District. The party leader has learnt that his friend Nseko had an accident and could only walk with the help of others. He then decided to make the journey to visit Nseko. Mzee Nseko was one of the strong men that sacrificed almost all that they had for the Democratic Party.

He was a staunch member. Even on his death bed he professed DP. He lived and breathed DP. Mzee Peter Nseko in his time served in various positions in the branch parsnip of Jinja. He served as the DP Organizing Secretary, Publicity Secretary and finally the Chairman of Elders Platform in Budondo sub county. He was in the frontline of every election. He moved wherever his motorcycle could go mobilizing for DP Presidential candidates in Busoga region, he campaigned for Dr. Paul Kawanga Ssemwogere in 1980 and 1996, Dr. Ssebana Kizito in 2006 and Hon. Norbert Mao in 2011.

When the President went visiting, Mzee Nseko requested him to take care of one of his youngest daughters called Ogeya Rebecca Nseko in whom he had alot of hopes. Rebecca’s performance in school created a smile on the sickly mzee Peter Nseko however he was not sure of how she could continue with school after his death. Therefore when the President General visited, he handed over the girl to the party for nurturing and her education. The President undertook to ensure that Rebecca studies up to university level.

Indeed as he has earlier anticipated, he died a few months later and was laid to rest on December 18th, 2019 in Bufuula village, Jinja district. The President being the chief mourner, reiterated the Party’s commitment to support Rebecca’s education picking her from primary level to University.

Currently, Rebecca is admitted at St Mary’s Junior school owned by the DP National Treasurer, Hon. Babirye Kabanda offered a partial scholarship. With the help of the President, who bought the school necessities and topped up the fees Rebecca is back in school and determined to make his father and the party proud. The Jinja DP Branch has been helpful in arranging transport from Jinja to and from the school. The party President has also pledged to continue helping with the livelihood of Rebecca at home. This is but one of the examples that show that DP is a family which looks out for the members.
By Kiirya Ismail, UYD President